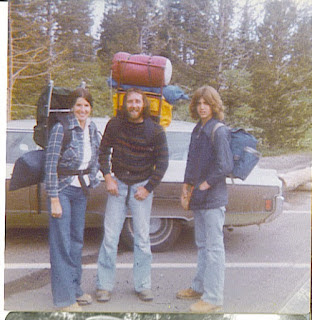 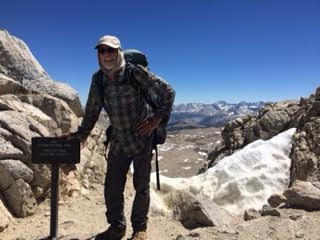 I have tried to become what some would consider a light-weight backpacker.  Coming from the age of canvas and can goods, everything today is lighter, more weatherproof, and convenient. My wife has even learned the term, "gram weenie."
In my opinion this light-weight consciousness began with Ray Jardine, known as the guru of ultra-lightweight backpacking. I read his book and thought, "this guys a nutcase." But, in the end, his ideas prevailed. Not completely. I am never going to eat cold corn pasta for every meal for months on end, but his thoughts on minimal gear and lighter gear have finally seeped into my backpacking style, methods, and equipment. New technologies and fabrics have played an important part and the marketplace has embraced them.
I tend to buy and carry gear that has other elements important to me besides weight. I find weather resistance, quality and craftsmanship just as important. I want materials that will last for miles and years of trail abuse. I cannot bring myself to spend more money to save 9 ounces on gear that won't last one thru-hike. To me gear is an investment and has some insurance value. I don't want to compromise security by trading my bomb shelter tent for a lighter model that won't last the night in a severe wind storm, or develop damaged areas after little use.

The actual point of this article is not to bash flimsy new light-weight gear, it is actually to dispel the fact that light-weight alone will make you do bigger miles. What I discovered on the PCT this year is that light-weight does not always equate to speed and distance differences. It will certainly allow you to move more fluidly, but that is not the point. Hiking habits and methods are an equal part of doing big mile days on a thru-hike. If that is your goal you should first concentrate on conditioning, mentally and physically, then gear weight, and most importantly hiking habits.
What many inexperienced backpackers do not realize is that ultra light-weight goals have a discomfort factor. When you get to the sub-12 lb. range you start giving up creature comforts and the misery factor increases. As an example, you often have to trim ounces in the sleeping pad department or shelter. This can lead to poor sleep, which will eventually lead to poor hiking performance.

What I observed while hiking the PCT made clear performance is not just about gear. After looking around, and talking to a lot of other hikers, I realized I was in the middle of the pack as far as weight. With micro spikes and a bear canister I was at around 16 pounds base weight, but I was also carrying 250 miles of high calorie food from resupply to resupply. No one else was doing that, but I skipped many of the resupply stops where others would take a zero day. 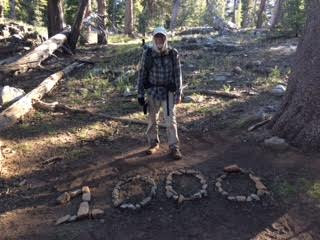 I moved much slower, especially after a resupply, carrying another 16 pounds of food. I just listen to my body and move at whatever pace it demands. What I don't do is stop a lot, and when I do it is less than five minutes. I am still light enough so that the weight on my back is not screaming for me to stop and rest all the time. Meal stops are short and efficient and last no longer than 15 minutes. Mentally I can hike from dawn to dusk, day after day, without becoming bored or dwelling on introspection. It's amazing how many hikers talk themselves off the trail because they haven't discovered a satisfactory reason to continue a daily routine of eat, sleep, walk.

I soon noticed that everyone passing me and quickly moving out of sight did so several times a day. I would get to know them "in passing" you might say. I discovered the reason was hiking style. They took long rest periods, I didn't.
They slept later in the morning, I was up at dark-thirty. I find early morning the most pleasurable time of the day to hike, especially on days that reach triple digit temps.
They filter water, I never have. I'm not suggesting you don't. It is a personal choice. I am just pointing out a time consuming chore I find unnecessary.
They take their shoes off at water crossings, I slog right thru, preferring to leave my boots on.
They stop earlier in the evening, I usually hike until the sun begins to disappear and then find a small, flat, hidey-hole to spend the night. 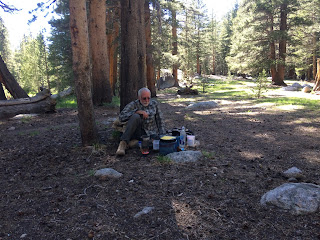 Carrying what most considered a crazy amount of food allowed me to stay on trail when most had to make a pit stop for supplies.

I realized that I was the turtle and they were the hares. After a week or so I would find myself moved into a new pack of people I was leap frogging with. The last group of faster and lighter hikers were behind me several miles and I would often never see them again. This transition happened several times.

In base weight I am only a few pounds heavier than what would be considered ultra-light. But personally I find my pack weight very comfortable, and as I slowly move into lighter gear, I find myself adding another layer of comfort. As an example, I added a small Sea to Summit inflatable pillow during my PCT hike. I have never slept better while hiking and I have to think it was because of this 2 oz. addition that packs up the size of a golf ball.

So from my perspective and base weight, light weight does not equate to discomfort and misery. My pack is the 4200 cu in/68 L volume ULA Circuit. It weighs 41 ounces. The company recommends a maximum load of 35 lbs. and a base weight of 15 pounds or less. I have often exceeded both these recommendations on long trips. I often carry two weeks worth of food and this pack features a roll top extension that allows me to add and subtract load capacity.
I have a Thermarest NeoAir Xlite (12 oz.) sleeping pad that is full length (72 in.) and is more comfortable than my mattress at home.
My tent is a Hilleberg Enan (2 lbs. 5 oz.) It is a one man, double-wall tent that can withstand a 60 m.p.h. wind.
I carry a Jetboil stove, although I am experimenting with cold meals. On the PCT this year I ate cold breakfasts everyday and actually looked forward to it. I boiled water for dinner, but during hot spells a cold wrap would have had more appeal. When I study forums for no-cook ideas most do not sound appetizing. I am thinking outside the box and designing meals that not only appeal to me cold, but will be easy to pack, hydrate and assemble.
I have switched to a warmer sleeping bag, but was actually able to drop weight buying a Zpacks 5 degree bag that hits the scale at only 24 oz. It is much easier to let heat out in warm weather than to create and keep it during cold weather.

I find it very interesting how people come to their gear decisions. I asked many hikers that were cowboy camping this year how it was working out for them. The weather was extremely dry so moisture was not a problem. Most admitted they were miserable in the Sierra as the mosquitoes were relentless. I was always happy to zip myself into my tent and not give the little suckers another thought.

Closed cell foam pads seemed popular, but I have no idea why. They are only a few ounces lighter than a NeoAir. I don't think it is price. They are a third the cost, but these are hikers carrying $400 packs and $600 tents. They are going to have to take "my" NeoAir from my cold, dead hand.

So I can still out-distance hikers 40 years younger, that are carrying less weight, it just takes the determination to stick to a routine of hiking habits that turn into consistent mileage.
—Keep Smilin’, Dick E. Bird 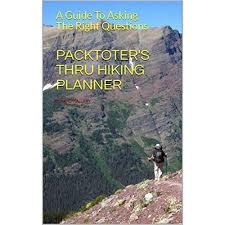